How Leaders Prepare for Those “Go To The Wall” Moments 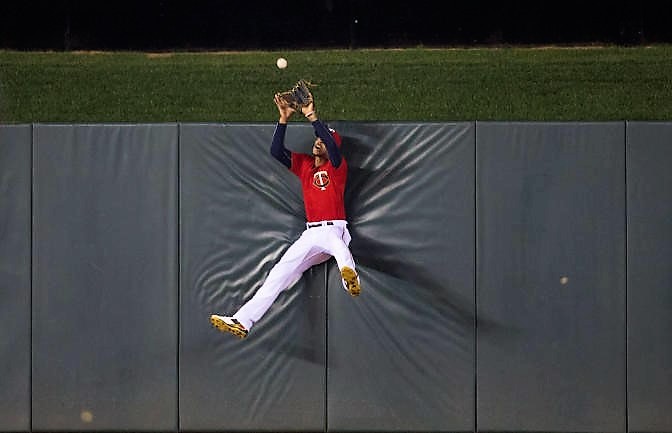 How Leaders Prepare for Those “Go To The Wall” Moments

Every leader will be faced with needing their team members to go over and above what is normally required or even expected of them. Depending on the company or the industry, these moments could occur more frequently than desired. It could be as simple as asking someone to redo a report or analysis – for the third time, because new information that ‘might’ impact the outcome has become available. It could also be as difficult as asking someone to stay very late or work the weekend to help meet a deadline.

I call these “go to the wall” moments based on the action of a baseball centerfielder who upon seeing a deep flyball runs to the outfield wall to make the catch for his team. He realizes that he might hurt himself (and many have), but he believes that helping his team win the game is more important than his personal safety. Some players are known for their run saving catches (search Byron Buxton catches). A leader must inspire people to willingly want to ‘go to the wall’ for the team because they will have to someday. Good leadership will help them feel good about making that choice.

To prepare for these moments, a leader needs to build ‘credits’ or capital in their leadership account. Here are 4 ways to build this capital:

Connecting With Your People. There are many ways to connect with your people, many of which most leaders don’t seem to take advantage of. The best leaders I’ve known make a regular habit of walking around or rounding to touch base with their constituents. The key is to interact with them in their workspace, not yours. A quick perusal of their area will provide clues as to what is important to them. This could be in the form of photographs, screensavers, action figures (I’ve worked with a lot of tech people in my career) or just the organization level of their office. All of these are clues as to who the person is.

Lead with a personal question to help establish a connection. This helps set the tone for the conversation and puts the person at ease since the subject is not work related. Asking them about their weekend, their family or the latest movie can be disarming starters. This is important because you never know how someone’s personal life will impact them at work. If they see that you are genuinely invested in them, they might be more willing to come to you with work problem they’ve identified early on or a request for time to take care of a personal matter.

Other ways to connect with your people include spending time with them over lunch, meeting for coffee, attending a professional or sporting event or volunteering together outside of work.

Building Trust. To build trust with your people, seek out and value their input into situations. None of us have all the answers and seeking help from the people who are directly involved in the situation is best for everyone. Seeking advice is only part of the solution. The leader has to be willing to follow the advice as appropriate. Constantly asking for an opinion and never following it will have a negative effect on trust and morale.

Also, don’t ask people to do something you wouldn’t do yourself – and show that you are willing to do it. This means working alongside them in the trenches when needed. If you ever want to destroy trust, ask someone to work late or over the weekend, then go home at 5:00. Even if you’re not working on the same project, stay with them and ask them if there is anything you can do to help out.

A leader also builds trust by supporting their team. When the going gets tough, leaders don’t point fingers, they help figure out solutions to prevent problems from happening again. My people know they can trust me because I won’t throw them ‘under the bus’ when something goes wrong. As the leader, I am responsible for the team’s success and failures and that’s all anyone outside of the team sees. I may talk to a team member privately if there was an individual responsible for the problem, but publicly, as the leader, I take the responsibly for a failure of my team.

Being Available. After a leader has connected with their team and built trust with them, they have to make themselves available for open conversations, especially work related ones. A leader’s behavior and the type of relationship they have will dictate how often and how much their people will share, but leaders can position themselves in anticipation of this need. For instance, while they are rounding, they can end the conversation with a statement like, “Let me know if there is anything I can do to help out.”

Words are meaningless though, if the leader’s behavior conflicts with what they say. If a person is invited to come talk to you, but the door to your office is always closed, that sends a conflicting message. If I’m alone in my office and not on a call, my door is usually open all of the way or at least part of the way as an indication that they can knock and reasonably expect me to tell them to come in.

Being Humble. Humility is a key attribute for any leader’s success and identified as one of the four innate qualities of leadership in my book, Prescribing Leadership in Healthcare. It was previously touched on in the building trust discussion on not asking your people to do something you wouldn’t do yourself. Another aspect of humility is how you ask people to ‘go to the wall.’ As a leader, we recognize that our people will do what they are asked to do, but we can soften the blow by also recognizing that the request is out of the ordinary and you appreciate them. Statements like, “I know this is a big ask, but could you get this completed by Monday morning?” are helpful. This changes the motivation of the person from one of doing something begrudgingly and only doing what is needed, to one of willingly doing whatever needs to be done and ‘going to the wall’ to make that catch.

The Final Touch
After the leader has done all they can to prepare for the ‘go to the wall’ moments, it is extremely important to thank the people involved and publicly give them recognition in front of the rest of the team or the organization. I’ve known leaders who have given out small tokens during their weekly team meetings, like Aces from a deck of cards, to people who have gone “over and above”. Also, be willing to accommodate them when that person needs to come in late or leave early for an appointment.

“Go to the wall” moments happen more often than people realize. If they are occurring every day, then they are no longer moments, but are just every day operations. Regardless, leaders need to prepare for these moments to help people willingly want to scale that wall and catch the flyball and not just let it go over their head for a home run for the other team.

What are some of your best ‘go to the wall’ stories? Please add them in the comments below.