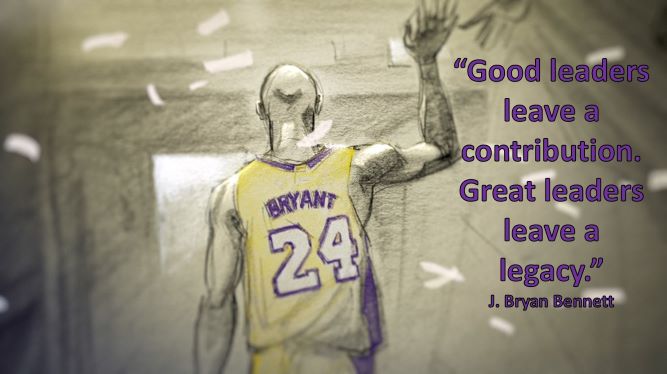 While watching the various stories about Kobe Bryant’s life, I realized that he was the prototypical athlete that the professional leadership development process (PLP) was based on. The PLP is based on how professional and Olympic athletes who, no matter how good they are, continue to work at their craft to continue improving. These athletes start with a high level of skills or abilities, but it’s their drive and determination that sets them apart from the rest. Kobe didn’t have to take 1,000 shots a day. He could have had a long, financially rewarding career just being an good NBA player, but that’s not what he wanted. He wanted to be the best, so that meant continuing to work as his game and keep improving throughout his career.

He continued his relentless pursuit of excellence after he retired by winning an Oscar for his short film, “Dear Basketball”. The film was produced, created and narrated by Kobe based on a poem he wrote during his last season. Watch it here: http://bit.ly/3aMiPQW

The takeaway for leaders is that no matter how good of a leader you may be, leadership is something you have to work at every day to continuously improve. Without that approach, you may leave a contribution, but you may not leave a legacy.